There’s not necessarily spoilers involved with this content, but there are examples used throughout the article from the series. 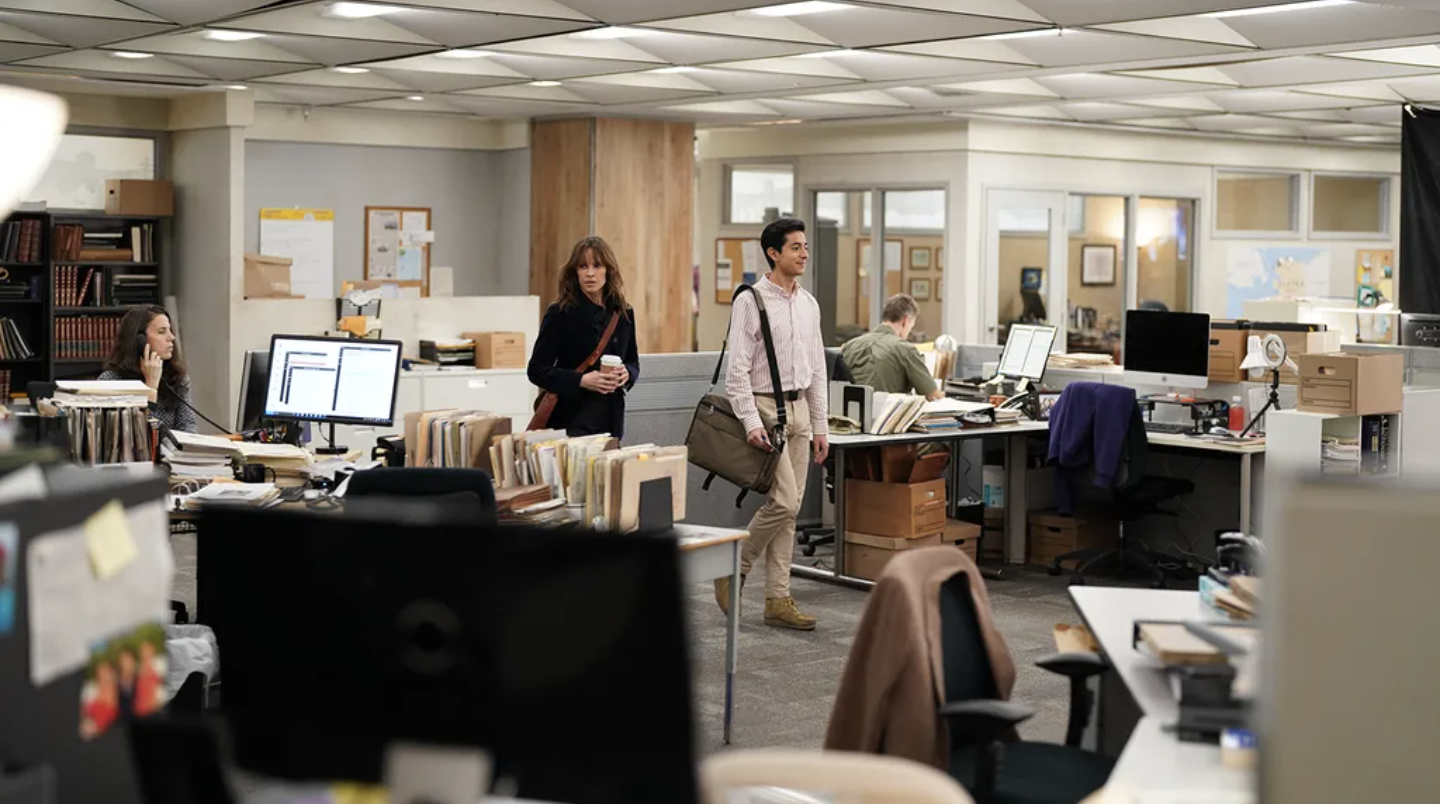 Hilary Swank, Pablo Castelblanco, Alaska Daily ABCWelcome to the new ABC drama, Alaska Daily, which attempts to be a drama that is half provoking — with an agitational investigative reporter as the lead — and half quirky with a workplace set in an Alaskan newspaper,making it something of a dramedy.

After one of Eileen’s stories goes awry, she loses her position, landing her in Anchorage, Alaska for her redemption. Her former colleague recruits her to work for the Daily Alaskan with an enticing story involving missing Indigenous women. He leaves her with one last line, “For what it’s worth, we need good reporters in the minor leagues too.”

Changing from New York to Alaska, the series is filled with jokes maybe only Alaskans will think are funny, and the reporters of the local newspaper become vital in Eileen’s character development.

The series largely focuses on how Eileen is this great reporter, however she is not the prime example for what a great journalist should be like. In most of the scenes, she is portrayed as an agitational reporter who is condescending over her co-workers and sources.

Though, credit should be given where credit is due, because she knows how to get things done and is challenging the Daily Alaskan staff to pursue their stories.

They humaize her more as her character develops and give her a new personal struggle of panic attacks.

The Eileen storyline is eventually joined by Roz, the Alaskan Native reporter who will be the turning point in the investigation of Gloria Nanmac’s disappearance. As the episodes continue, it is addressed in the plot line that Roz is going to become less of a secondary character. She is not the sidekick, she is the partner, the co-star.

In many of the descriptions of the show around the internet, Roz is not featured as one of the main characters. Perhaps that’s about to change.

In a show that addresses the sensitive issue of the disappearance of Indigenous women, having Native actors in key roles is vital in remaining authentic. Luckily, they have a great team of writers who are doing it the right way by putting in the work to support Indigenous peoples. They are able to incorporate culture and address the issue of the system, particularly in Alaska, failing Indigenous women.

After basically binge watching the first three episodes, it seems like it’s not fully developed yet. They have the tones of a drama and a comedy working against each other throughout the episodes. One second you are in an intense investigation of Gloria Nanmac’s mysterious disappearance, and then the next you are back in the quicky office with their own secondary storylines.

Luckily, the show does not exclusively focus on Eileen’s character development. The other reporters that are local get featured covering at least one semi-Alaska specific stories, such as the local diner being bought by a burger chain or a scandal of a fictional local politician.

It is these small storylines that focus on the importance of local journalism and provide thought provoking commentary on the struggles of small-town newspapers.

Not only are these stories discussing something important, but the characters who are writing them are humanizing journalists. You often see the journalists at work, but there are scenes of them being more than a journalist. They have families that they talk to about their struggles at work and they face the extraneous comments of public antagonists, which take a toll on them and leave them questioning why they do what they do. Each character has a chance to answer this question for themselves. Some don’t quit because they are not ready to give up on the paper or Alaska. Some don’t quit because of a personal struggle.

The series stops being about the professional side of journalism and changes the conversation because that’s how we connect. Even Eileen says, “This job isn’t easy. We don’t do this job to be liked, we do it because it matters. This story is important, especially to Alaskans. The other major publications around the world aren’t going to cover it. That’s why local journalism matters.”

Alaska Daily goes deeper than just your average office TV series. It entertains while informing on much more serious issues. It’s not only compelling, but it may start to raise conversational questions.

Alaska Daily is streaming on Hulu.