Perfect is a junior in the political science department who has been active around UAA, including being part of the Juneau Advocacy Team, which travels to the capital to speak with the legislature about UAA issues.  Perfect began attending UAA in the summer of 2009 and is on track to graduate in the spring semester of 2012.

The process of Perfect’s confirmation included her nomination, a short speech given by Perfect, a vote and a swearing in.

After announcing her as his nominee for Vice President, Brookes said Perfect’s leadership skills and take-charge mentality made her the right person to fill the vacant USUAA role.

The president also said he had been impressed by Perfect’s leadership skills and take-charge mentality.

In her speech, Perfect said that she had been working as a campus activist, but wanted to take a more active role.

“I think I’d make a good vice president because of the leadership skills I’ve acquired through my life experience, work experience and academic achievements,” Perfect said.  “Coming in new, I’m not really familiar with a lot of the issues that need to be addressed, but I am willing to learn.”

Immediately following the meeting in which she was confirmed vice president, Perfect did not have any specific goals for her new position, though she did say she was open to any communication from students by phone, e-mail or in person.  Aside from goals, Perfect did discuss one upcoming project she will be working on.

Perfect will chair a USUAA committee that will look at their governing documents, including the constitution and the bylaws.

“We’re doing a complete overhaul of the constitution,” Perfect said.

Speaker of the Assembly, Senator Daniel Ribuffo, acknowledged that not requiring any sort of forum was a “hokey” way of filling the office of the vice president.  He hopes to see it amended when the constitution review is completed.

Neither the advertising for the position nor the announcement of its confirmation were widely announced to the student body.

“It was announced in assembly that the position was open and that they were taking applications,” Ribuffo said.

While there was no specific action taken to inform the student body en masse, the Senators who voted for Perfect were given her name and pertinent information prior to the meeting for review.

One Senator, Samuel Frederick, did comment on the process of confirmation for Perfect.

“I didn’t see a lot of advertising, it seemed a little closed,” Frederick said.  “In the future I hope that when a big position’s open like this I hope we see more open advertising for the position.”

Frederick concluded with a sentiment the rest of the assembly seemed to share.

“I think she’s a great choice,” he said. 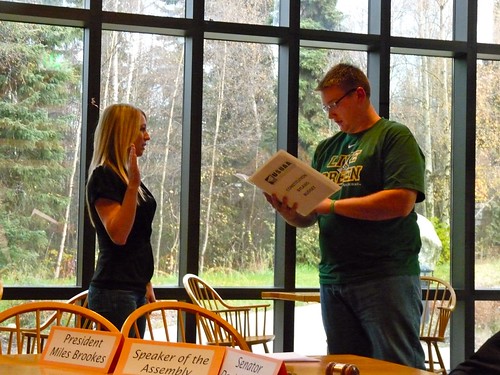 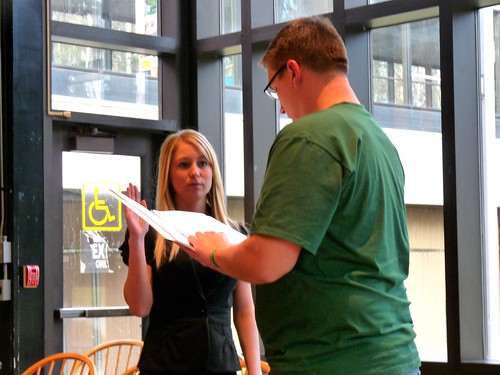 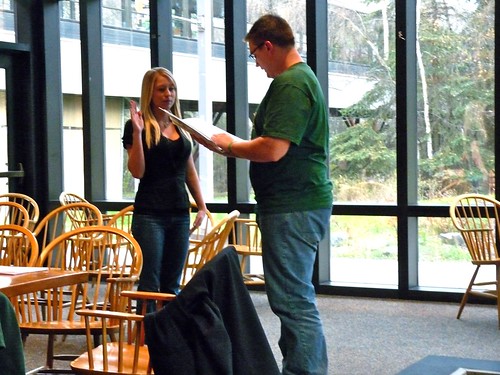