Reboots are tricky things to do. Right off the bat, audience expectations are low. Some might accuse executives of reaching for low-hanging fruit. Fans of the source material will cry foul when the reboot inevitably goes wrong. And often times, it’s seen as a soulless cash grab. But with “Mad Max: Fury Road,” that’s not the case. 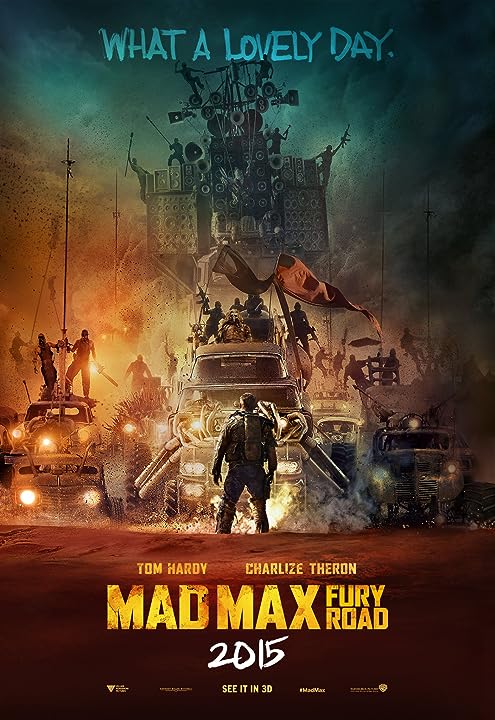 Rather than reboot the entire continuity, it continues Max’s adventures in a way that’s consistent with the rest of the films. Directed by “The Road Warrior’s” own George Miller, “Fury Road” is a worthy addition to the “Mad Max” saga, with a strong, simple story that’s satisfying for old and new fans alike.

Like “The Road Warrior” and “Beyond Thunderdome” before it, “Fury Road” takes place in the wastelands of Australia, many years after the world has engulfed itself in nuclear fire. Our hero, Max (Tom Hardy, “The Dark Knight Rises”) has survived a lot of weird things, but now, he’s captured by a group of raiders. They serve a strange despot with an awesome skull mask, who uses large water supplies to control the population living under his domain. When one of his greatest soldiers, Furiosa (Charlize Theron, “Young Adult”) goes rogue and makes off with a gigantic war truck, Max finds himself swept up in a conflict he never asked to be a part of.

The first thing you’ll notice about “Fury Road” is the artistic direction, which is faithful to the “Mad Max” canon while still allowing for some very creative designs. For example, the main antagonist drives a Cadillac, put on top of another Cadillac, put on top of gigantic monster truck tires. At several points, there’s a guitar player riding a huge car with several huge amps on the bed, playing a flame-thrower guitar for good measure.

The cinematography and effects follow suit, giving a distinct ’80s vibe. Surprisingly little of the film is computer-generated, and many of the cinematic shots hearken back to old sci-fi schlock. It’s a nice change of pace from other blockbusters today.

But awesome visuals are nothing without a good story, right? “Fury Road” understands that as well, with a simple plot that’s easy to follow and incredibly gripping. It doesn’t try anything super-clever with it’s story, but when you have a flame-thrower guitar and a Cadillac on top of another Cadillac, you don’t really need to be.

It also doesn’t hurt that the characters are well-acted and well-written. Hardcore fans may still be sore about Mel Gibson’s absence, but Tom Hardy puts on a worthy performance as the stoic, slowly-losing-his-mind protagonist. The other characters play off of each other well, too, and anyone wishing for more badass female protagonists in today’s movies need not look further than Theron’s Furiosa, a cunning and tough warrior just as dangerous as Max, if not more so.

“Fury Road” is easily the best entertainment so far you’ll find in theaters this summer, with a surprisingly strong narrative, characters you’ll really care about, and a style so awesomely ’80s that you’ll wish we were back in that era of sci-fi again. It breathes new life into a franchise built around death and destruction, and we couldn’t be better for it.

Kaden Kleinschmidt - July 27, 2021
Anchorage is a city of boundless opportunities waiting to be explored. Between the sun-filled summers and frigid cold winters, adventure awaits no matter the...

Xbox Game Pass is the future for video games

State of the Alaska State Fair